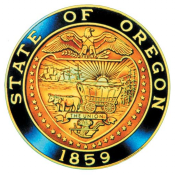 How do you get ordained to perform wedding ceremonies for your friends and family in Oregon? Getting ordained is simple, legal, inexpensive and takes just a few minutes!

Ordination as a Marriage Officiant and ceremonial minister complies with all state and local laws in Oregon and is valid and accepted throughout the United States and everywhere around the world!

In Oregon, you have two options for ordination, both of which are valid and legal for ceremonies anywhere in the state: