Receive ordination that is legal, valid and accepted for marriage ceremonies anywhere in California.

Available for a single ceremony in California or an unlimited number of ceremonies in California and throughout the United States.

Scroll down for more information and options, or click the Get Ordained button to begin the process!

Performing A Marriage Ceremony In California?

How do you get ordained to perform weddings for your friends and family in California? It’s simple, legal, inexpensive, and takes just a few minutes! 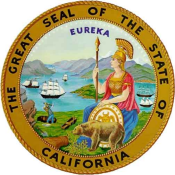 Ordination as a Marriage Officiant and ceremonial minister complies with all state and local laws and is valid and accepted throughout California and everywhere around the world!

The laws in California make it unnecessary for persons performing marriage ceremonies to file their credentials with any state or local agency, but you must hold a current and valid minister’s license to perform such rites; in addition, you must present your credentials to any legal authority and/or the parties to the marriage upon their request.

In California, ordination or investment by the Church gives each clergy member the authority to perform the marriage rite. California and local officials in the state are removed from any responsibility for verification of minister credentials. California does not maintain a central registry of members of the clergy, and you are not required to undergo any specific formal training.

Not a resident of California? California does not restrict legally ordained non-resident Marriage Officiants from performing wedding ceremonies anywhere in the state.

Ordination Fee: We offer low-cost ordination (accepted throughout California) for a nominal fee that covers our basic printing costs and any shipping charges, which is generally a fraction of how much you can earn by performing just one ceremony!

All state-required forms and documents are included in all packages. In addition, any fees paid may be tax-deductible as a work-related expense. (Consult with your tax professional for more information.)